To pay homage to the event know the world over as the Miracle of Bolsena, which had its origin in 1263, the Feast of Corpus Domini is celebrated every year on the second Sunday after Whit Sunday. In preparation for the procession, the way is covered with an uninterrupted carpet of flowers. 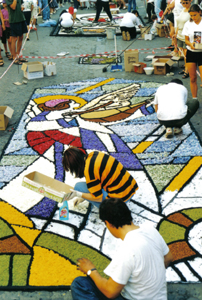 The origins of this skill, with beautiful designs and also depicting holy figures are very ancient. This painstaking work associated with the “Infiorata” is a visually aesthetical message giving honour to the Eucharistic Procession in the Miracle’s city.
The carpet of flowers is laid on the procession route for a distance of about 3 km. using petals of flowers from gardens and from surrounding fields. The various colours include those of roses, carnations, hydrangeas and lilies contrasting with those of broom, poppies and bluebottles. Humble plants are used to offer a subtle blend of colour using wild onions, acacias and chestnuts. Marsh reeds complete an incomparable harmony of colour and design.
Very careful boarder designs are made with sawdust coloured black and give the effect similar to that of stained glass.

The townsfolk including young artists extemporise the designs using drawings placed on paper and laid on the streets or drawn directly onto the streets. These designs are chosen with great care in the months preceding the procession. To keep the flowers fresh, flowers are picked only one or two days before they are laid.

It is really a visually creative devotion: today’s homage to a divine manifestation of the past. 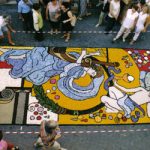 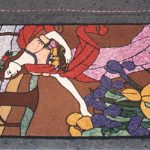 The “Infiorata” in Bolsena 2013.
Year of the Jubilee Extraordinary and 750 th Anniversary of the Miracle.

On 2 June 2013, the town of Bolsena celebrated the feast of Corpus Domini with another miracle: the first day of sunshine after months of rain has illuminated the event. This picture represents in fact “The lake of Miracles”. 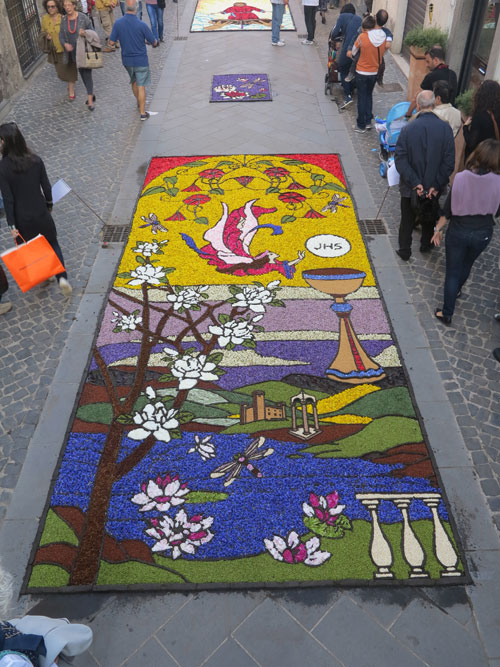 The lake of miracles

“There are many stories, important but submerged, making up the past of Lake Bolsena, an epicentre of civilization deeply linked to the origins and development of the process of formation for ancient Italy. However, we need to add that if today the lake is still a wonderful witness of its past, this may depend on the beneficial influence of a host of divine figures, Christian and pre-Christian, that were its patrons, from prehistory until the Christian Middle Ages.” (G. Feo – SUBMERGED STORIES OF THE SACRED LAKE).

Legend has it that the Etruscans migrated from drought stricken Lydia in Asia Minor around 1300 BC. When they first saw the vast expanse of fresh water that is Bolsena it must have seemed like an earthly paradise to the parched navigators. Not surprising that they made the lake the centre of their cult, the Disciplina Etrusca and it was somewhere here on its shores that the gathering of the clans took place every year, the mysterious Fanum Voltumnae the exact location of which is still wrapped in mystery. http://cameraetruscablog.com/2012/01/17/lake-bolsena/The figure depicts a winged Lasa, that little Etruscan deity from which the Christian religion seems to have drawn the image of the Guardian Angel, synthetic confluence of the Etruscan mysticism into Christianity. The dragonfly is a symbol of the ephemeral Infiorata. 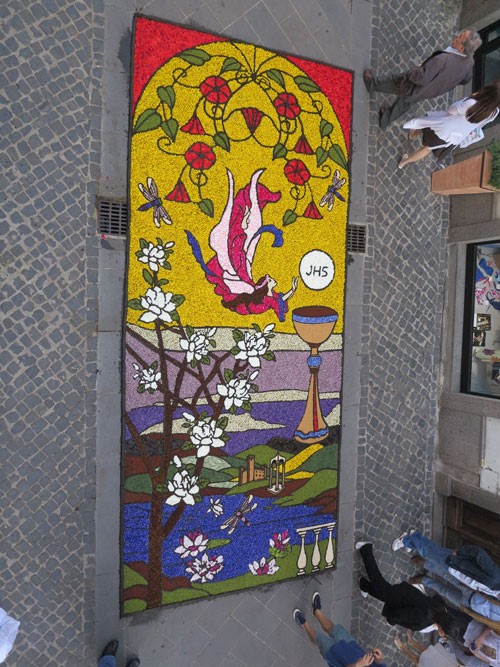